Collective Han: A Framework for Understanding Race Riots and the White Response 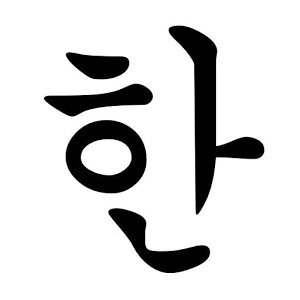 Han… It is the word that Koreans use to represent a visceral reaction to unbearable psychological pain. Although there is no English equivalent, han is a universal human phenomenon. It cannot be fully defined because it is endlessly layered and intricate. It is an intensely personal experience of being internally tangled and blocked, but it is also experienced collectively by cultures that have experienced collective trauma and oppression. Andrew Sung Park explains,

Han is the inexpressibly entangled experience of pain and bitterness imposed by the injustice of oppressors… Han is the void of grief that the suffering innocent experiences. When grief surpasses its sensibility line, it becomes a void. This void is not a mere hollowness, but an abyss filled with agony. Han is the abyss of the dark night of grief.  As a long or sharp agony turns into a dark void, the void swallows all the other agendas of life, intensifying its hollowness. Han is the experience of the powerless, the marginalized, the voiceless of our society… Social injustice, political repression, economic exploitation, cultural contempt, and war, all of which affect the downtrodden as a whole, raise the collective han. When the oppressed undergo suffering over several generations without release, they develop collective unconscious han and transmit it to their posterity… This han deepens and hardens generation after generation in the history of the downtrodden. [1]

Han is a sense of unresolved resentment against injustice suffered, a sense of helplessness because of the overwhelming odds against, a feeling of acute pain of sorrow in one’s guts and bowels making the whole body writhe and wriggle, and an obstinate urge to take “revenge” and to right the wrong all these combined. [2]

There is no question that African Americans bear a collective han after enduring the following:
–  246 years of slavery
–  80 years of neo-slavery following the end of Reconstruction
–  nearly a century of black codes and Jim Crow
–  over 4,000 terror lynchings
–  racially motivated bombings and arson of black homes, businesses, and churches
–  many decades of racist housing policy and restrictive covenants
–  30 years of racialized drug policy and hyper-punitive legislation contributing to mass incarceration of young black men
–  oppressive policing practices in cities all around the country that disproportionately target and cause physical, financial, occupational, psychological, and social harm to poor black citizens in particular
–  economic devastation that has resulted from decades of elimination of working class jobs due to international outsourcing by those in positions of power
–  and so many other factors that contribute to the ongoing desolation of communities that have historically been most deeply damaged by racial oppression.

Any time in history when there has been economic scarcity, especially when it results from decisions made by those in power, it has caused han for vulnerable populations and has resulted in increased tension between the ethnic groups that end up contending for the scarce resources, as well as between the powerless and the empowered. In such an atmosphere, a single incident like Freddie Gray’s death can unleash an explosive outburst of the multiple-generations-worth of pent-up thirst for revenge, a visceral release of collective agony in the form of rioting, looting, and aimless destruction.

While there are exceptions, white America as a whole struggles to understand this phenomenon when it occurs because from its perspective, the outburst seems so pointless, so counterproductive to the cause of those who are in fact expressing collective han. This is largely because white America has not yet experienced collective han. It experienced 9/11, yes, but it roared back from it with a declaration of war on terror. It has mourned the loss of thousands of American soldiers, yes, but not at the hands of an occupying oppressor that poses a constant threat and a creates a chronic feeling of helplessness. So it sits back as a curious and disapproving observer – judging the very phenomenon it has had a direct hand in creating and aggravating over a period of centuries, yet remaining sublimely unaware of its own connection to it because of its invincible individualism and historical amnesia.

The experience of the Anglo-European-American is unlike that of any group of people in the world, even Europeans. In Existential Psychotherapy, Irvin Yalom writes, “The existential tradition in Europe has always emphasized human limitations and the tragic dimensions of existence. Perhaps it has done so because Europeans have had a greater familiarity with geographic and ethnic confinement, with war, death, and uncertain existence.” In contrast, “the United States (and the humanistic psychology it spawned) is bathed in a Zeitgeist of expansiveness, optimism, limitless horizons, and pragmatism.” Those who have experienced han focus on limits, “on facing and taking into oneself the anxiety of uncertainty and non-being,” while the humanistic psychologists in the United States led by white elites emphasize development of potential over acceptance of limitations, self-actualization over meaning of life, and self-awareness over self-acceptance. Having never experienced the crushing limitations of racial oppression and being out of touch with the limitations that its institutions have historically created for others since this nation’s birth and continue to create, modern white America cannot comprehend the collective han of the oppressed. And so it tends to interpret its manifestations as something strange, criminal, inferior, absurd, unreasonable, and defective.

Like Loading...
‹ Understanding the Racial Empathy Gap: The Power of Narratives (Part 2)
Confessions of a Taiwanese-American White Supremacist in Recovery ›