Home › Church/Ecclesiology › Why the Affluent Need the Poor

Why the Affluent Need the Poor 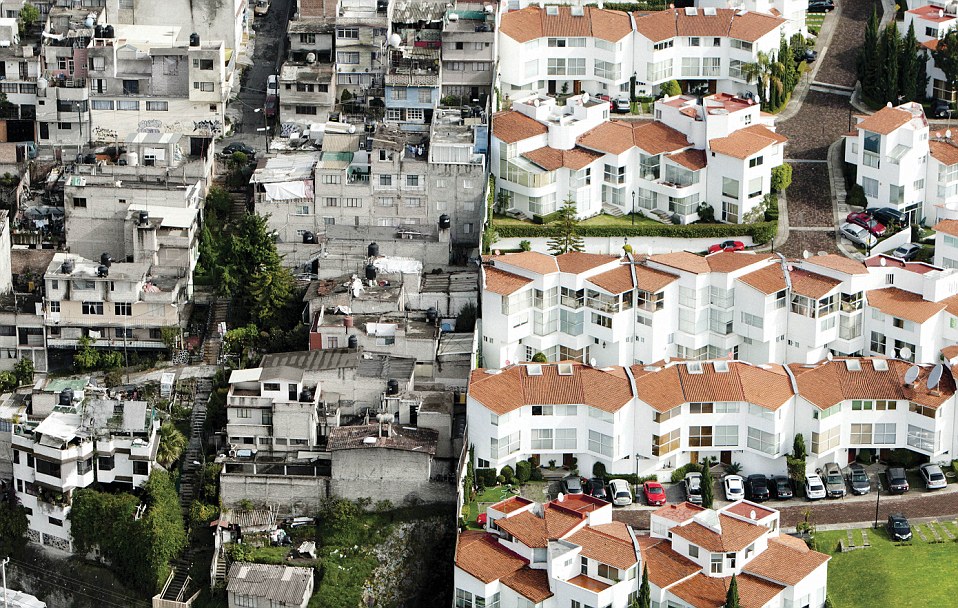 When I use the word “affluent,” I mean a state in which the following are a daily reality: a variety of decent foods, quality clothing that fits, safe and stable shelter, clean running water, comfortable sleeping arrangements, a generally high degree of safety, reliable/efficient transportation, and close ties to people whom you can depend on in an emergency. You’re not worried about having to cut your family meals down to 2 a day; you’re not having to decide today between buying food or paying the electric bill; you’re not one paycheck away from homelessness; and you have a well resourced social network. If those things are true of your life, even if you experience financial stress or live on a tight budget, you meet my definition of affluent.

So why do the affluent need the poor? Because affluence that’s not balanced and informed by daily, meaningful interaction with people on the margins is poisonous to the Christian faith. I’m convinced this is the reason why Jesus told his disciples that his people would be characterized by feeding the poor, giving drink to the thirsty, being hospitable to immigrants, clothing the naked, caring for the sick, and having concern for the incarcerated. The description in Matthew 25 in which Jesus differentiates between the sheep and the goats should make us all stop dead in our tracks and check ourselves. What He describes goes way beyond donating to charities, supporting missionaries who do this work overseas, or contributing to food and clothing drives a few times a year. It’s a lifestyle that reflects a heart for marginalized people – a heart that overcomes the prejudices that society conditions us to have and then loves with extravagance the people whom the dominant society would rather throw or lock away.

No matter which country, empire, or period in history we talk about, the people whose existences are plagued by hunger, thirst, nakedness, loss of country, sickness, and imprisonment tend to be members of subdominant ethnic, social, or religious groups who are distrusted, despised, and rejected by the dominant culture. This means those of us who are affluent can’t live the Matthew 25 life outside the context of relationships with people who are very different from us. We also can’t do it well without constantly repenting of our own racial and socioeconomic preferences, sensibilities, and prejudices, and without being counter-cultural. There’s no way around this.

Here’s the thing, though. Affluent people have an extremely low tolerance for inconvenience. We run on tight schedules and complain about slow cashiers and traffic delays. We would rather write a check to a charity than rearrange our lives for people with complex problems. But writing a $1000 check to the food bank is a very different experience from listening to a chronically hungry person tell you her life story as you drive around a part of the city you’ve never seen before and help her run a few errands that, without wheels, might take her a week to complete. Will the $1000 check make a difference? Absolutely! It will make a tangible difference to many hungry people in the city. But it won’t change you because it’s too remote. Because there’s no relationship, there’s no exchange, no mutuality, and no reverse impact.

Relationships have a way of transforming what we first experience as inconvenience into perspective, and then into empathy, and then into love. I had an exaggerated perception of the inconveniences in my life until I woke up to the reality that for people on the margins, life is one huge, never-ending inconvenience. Nothing is easy, and even simple things take four times longer to take care of than it does for me. A person on the margins has no margin. S/he is always a hair’s breath away from a major crisis, and it doesn’t matter how hard s/he works.

A friend of mine is a former convict who spent 4 months in jail between late 2001 and early 2002. Because of his criminal record, he has a hard time finding stable, gainful employment; but he has never been afraid of hard work, so for the last 13 years, he has managed to patch together various odd jobs to support himself and his wife. That is, until he got really sick recently and ended up being temporarily disabled and unable to work. The algorithm in his life looks like this: no work = no food and no money for rent = homeless, hungry, and on the street within a week without intervention.

My own inconveniences bother me a lot less than they used to.

There is a stark contrast between the tendency toward boredom and existential crises among my affluent friends, even those in full-time ministry, and the actual existential threats that my friends who are poor experience on a daily basis. My poor friends have been so proximate to death and injustice for so long that they’ve had to depend on God for survival and deliverance in ways that my affluent friends have not. The systems of the world fashioned by sinful humans have been cruel and oppressive to them, but they’ve seen God provide and deliver in ways that reassure them of his presence, his love, and his promises. This contrast results in the following paradox: the faith and courage of the poor tend to grow stronger through their chronic trials, while the relatively episodic and seasonal trials of the affluent tend to provoke doubt, fear, and cynicism. I’ve lost count of the number of upper-middle-class kids I watched grow up in the church, only to become disillusioned in college or young adulthood when they could no longer generate enough meaningful spiritual experiences to get them through the first serious disappointment or tragedy they experienced. Those kids were given every advantage their parents could afford and some of the best theological (cognitive) teaching available, but their faith had been starved and suffocated by the affluence that kept them separated from those on the margins – precious brothers and sisters who could have taught them so much, and in whom they would have encountered Jesus in powerful, transformative ways. 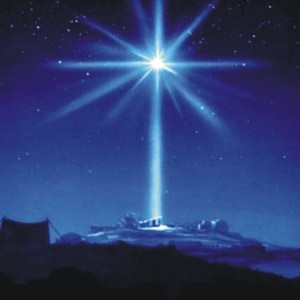 Loving and caring for people who are poor and marginalized involves exchanging the charity paradigm for an incarnational one. We must enter their lives and their stories and identify with their struggles. We must allow them to enter our lives as well, to inform our struggles. With charity, you retain power, but with incarnation, you lay it down. Charity is predictable and manageable, but incarnation is uncomfortable, unpredictable, and inconvenient. Charity is transactional, but incarnation is relational.  With charity, you are the hero, but with incarnation, Christ is both your hero and theirs.

Once the affluent abandon the charity paradigm and adopt an incarnational one, it creates a path for something else to happen: the ability to recognize the systemic and structural causes of poverty. Before I entered into solidarity with people struggling with poverty, I thought its mitigation was primarily about providing resources or access to resources, or helping them figure out how to generate wealth through vocational training, education, or different types of employment. While those things are still true, it wasn’t until I began relationally walking alongside people and asking probing questions about what all the obstacles to those things were (rather than assuming I already knew) that the scales began to fall from my eyes. Why don’t they have access to better education, better housing, better neighborhoods, or better employment? How do we best address those obstacles? As I started learning the answers – the real answers – I realized that I had mistakenly interpreted the effects of generational poverty (violence, addictions, crime, nihilism, impaired judgment) as the primary causes of poverty, when the primary causes were actually rooted in different forms of systemic injustice. I came to the same conclusion that civil rights attorney Bryan Stevenson did: “the opposite of poverty is not wealth; the opposite of poverty is justice.” (Just Mercy, 2014)

And so, the affluent need to poor in order to become more just, or less complicit to injustice.

This lifestyle of befriending the poor and pursuing justice is hard for the affluent to accept, however, even when we begin to understand the ways we benefit from the very same systemic forces that oppress, exploit, marginalize, and rob others. Fighting for justice is daunting and inconvenient. It requires perseverance and demands lament. Being in relationship with people crushed and bent out of shape by generations of poverty and injustice is challenging. It’s challenging relationally, and it’s challenging in terms of unforeseeable headaches. And we who are affluent have been spiritually conditioned to avoid inconvenience, to anesthetize ourselves from unpleasant things, and to set our boundaries (the ones we call “healthy”) within the limits of what we think we can control. Plus, we can always opt out. When the going gets tough, we can just throw down this Christ-haunted cross, take our privilege, and run back to our comfortable consumeristic-but-charitable lifestyle, and none of our Christian peers will think any worse of us for it. I’ve wanted to do it so many times, I’ve lost count. I think this is what Jesus was getting at when he told his disciples, “Truly I tell you, it is hard for someone who is rich to enter the kingdom of heaven. Again I tell you, it is easier for a camel to go through the eye of a needle than for someone who is rich to enter the kingdom of God.” (Matthew 19:23-24)

It’s been a process for my husband and me. In fact, I’ve concluded that we’re in a neverendlingly dynamic process. Every day is a new day to depend on God’s mercy. Every day presents opportunities to take up our cross. Some days, the choices consistent with the rule of God are clear. Other days, when I’m afflicted by anxiety and grief or paralyzed by uncertainty, I lack clarity on exactly what choice I’m supposed to make. The therapeutic one? The logical one? The self-preserving one? The self-denying one? This journey has been bathed in tears and forms of suffering that we could easily have avoided. But each day also brings additional confirmation that God is near to the brokenhearted, and the kingdom of God is near.

Like Loading...
‹ We Are Robert Lewis Dear: How This Terrorist Exposes Who We Are
Two Addicts, A Shooting, And Justice Served: An Incarnational Story For Advent ›