Home › Culture/Social issues › What’s Playing on Your Station?: The Racialized Messages that Shape Our Identity

What’s Playing on Your Station?: The Racialized Messages that Shape Our Identity 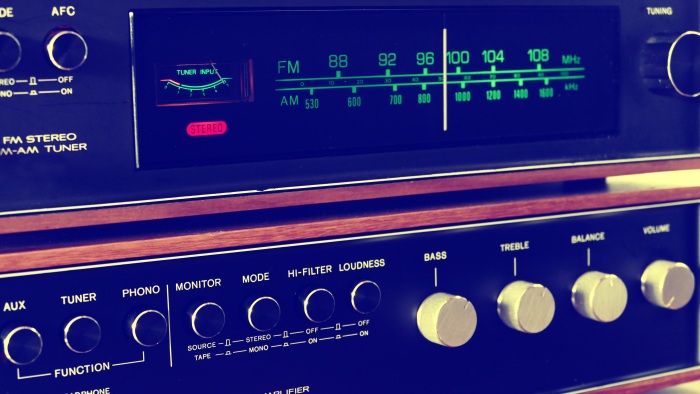 Most of us don’t spend time thinking about the fact that we’re surrounded by invisible communication signals.  They travel largely unnoticed through the air we breathe in the form of radio frequencies, infrared signals, microwaves, and other kinds of electromagnetic radiation.  As I think about this unseen reality, two things are evident: 1) Without proper tools like cell phones, Bluetooth technology, radios, computers, and special software, the airborne information would remain inaccessible to us.  And 2) Even with the proper tools, we’re not able to decode all the signals traveling at any given time, just the ones that are meant for us or are relevant to us.

In many ways, racialized messages received by those of us who live in the United States are similar to wireless communication.  The multitude of messages swirl around everyone in equal fashion, but people end up with very different messages in their respective inboxes, or playing on their respective radio stations.

When I was in 7th grade, my mom, who emigrated to the United States from Taiwan in her late twenties, came to my school to volunteer at an event.  As students gathered in the noisy hallway, she said something in her broken English to one of the teachers.  Upon overhearing her, a classmate of mine, a popular white kid named Rob, snorted.  Looking at me with a smirk, he remarked, “Does your mom even speak English?”  Heart pounding, I barely squeaked out a “yes” before he laughed again and turned his attention to other more interesting things.  Oh, I thought, he didn’t mean that as an actual question.  I’m such an idiot.  I can still remember the churning sensation in my stomach and the feeling of humiliation that settled in my chest.  I remember those feelings coming back a few months later when an 8th-grader named Tad said to my 2 best friends, “I know you chinks like me, but you don’t have to stalk me.”  I drifted off to sleep that night and many others after that, thinking, “Being Asian sucks.  If only I were white.  Like Heather, like Andrea, like Amy and Dawn and Meredith and Christie and Susan.  Then everything would be better.”

A few years ago, my friend Suzanne and her then 8-year-old son Ryder were walking toward a mall entrance when a black man entering ahead of them glanced back and allowed the door to slam in Ryder’s face.  Feeling hurt and offended, Ryder said, “Mean black guy.  He should just go back to Africa.”  Suzanne froze and stared at her son.  She couldn’t imagine where that racially charged statement had come from.  She was certain that neither she nor her husband, both white, had ever said anything racist around their children.  In fact, they were purposeful about maintaining what she called a “race-neutral, colorblind home.”  Plus, she homeschooled all of her children, and their family was part of a Christian homeschooling co-op full of loving, fair-minded people.  What had gone wrong?

When Suzanne sat him down and pressed him to explain his statements, Ryder articulated a surprising assumption.  He said, “That man’s lucky he was even adopted into this country.”  As it turns out, Suzanne’s family lived a fairly racially homogenous existence.  Her neighborhood and her church were predominantly white.  All the parents in the homeschooling co-op were white.  However, a number of parents in the co-op had adopted nonwhite children from foreign countries.  Based on the limited world he observed day in and day out, Ryder had concluded that white people were the Americans and nonwhite people – black, brown, and Asian – were foreigners who had been brought into the country through the charitable acts of white families.

Suzanne has since abandoned her misguided colorblind approach to parenting and has committed herself to raising racially informed children.  She has learned that the solution to racial bigotry is not colorblindness, or a refusal to acknowledge race, but an intentional disruption of conscious and subconscious narratives that promote the superiority of any race over any other.

Rob, Tad, Ryder, and I all received racialized messages in childhood that shaped our identity and sense of self-worth.  I doubt that Rob, Tad, or Ryder were ever intentionally taught to be racist, but they nevertheless received ambient messages that bolstered their self-confidence through an internalized perception of racial superiority, even if it was more like experiencing the side effects of being part of a dominant group – side effects characterized by a blissful unawareness that comes from never having had to learn about, care about, or submit to people groups who were different from them.

Racism skeptics are quick to dismiss or explain away testimonies about the racialized experiences of non-dominant groups, but they’re often misled by their personal tendency to base their skepticism on their own life contexts instead of those of others. “It’s no different from being a Cowboys fan living in Washington D.C.,” for example.  “The problem is in your head,” they deduce.  Let’s go back to my wireless communication metaphor.  If an active shooter situation were being reported on 90.1 FM but not on 102.5 FM, people listening to 102.5 FM wouldn’t automatically conclude that what others were hearing on 90.1 FM was a figment of their overactive imaginations.  They would tune in to the station that was covering the live story to learn more.  And if we are willing, we all have the ability to “tune in” to each other’s stations.  Imagine what we might learn if the next time we’re tempted to roll our eyes at someone, we choose instead to ask, “What’s playing on your station?”