Home › Prayer › Recovering the Lost Spirituality of Praying Our Hatreds

Recovering the Lost Spirituality of Praying Our Hatreds 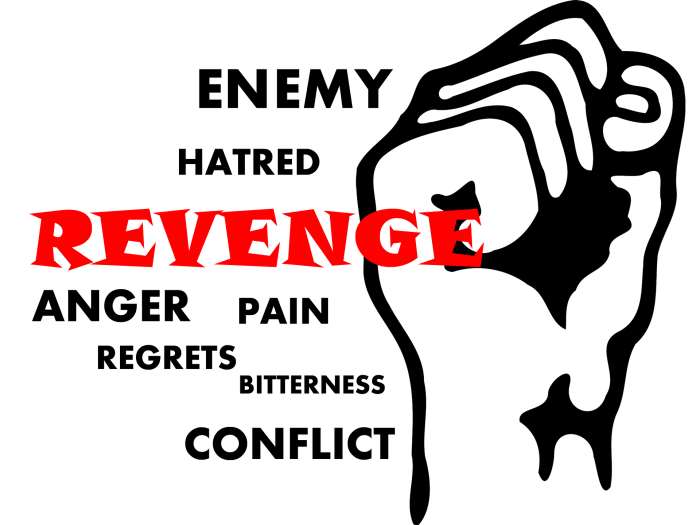 Simpering, superficial piety is often a stumbling block to true religion. So let’s cast it aside for the moment and talk about hate – not other people’s, but our own. And I don’t mean in a “hate is bad” sort of way. Let’s give it the respect it deserves.

I’ve had some terrible things done to me over the course of my life by people who will probably never apologize or take responsibility. As a result, I’ve had a lot of experience dealing with hatred. This is the point at which, if you’re a Christian like I am, you’ll feel obligated to talk about forgiveness. While it’s true that followers of Christ have an obligation to forgive those who have sinned against us, trying to forgive someone or something as if following a recipe in a cookbook is unhelpful for processing real and powerful feelings of hatred, especially if those feelings arise from the searing pain of terrible injustices. How does anyone simply forgive violation, degradation, the taking of life, and dehumanization?

What we need to do first is not to have a conversation about forgiveness but to have a re-orienting discussion about prayer. Why? Because most of us need to unlearn the pious boundaries we put around it and re-learn how to pray through the Psalms, God’s gift to us for expressing the full spectrum of the human experience. They fall under the part of Lord’s Prayer, “Your kingdom come, your will be done on earth as it is in heaven” (Matthew 6:10). That one line sounds deceptively simple, but it encompasses our most epic battles with the evil that exists in the world and dwells in our hearts.

In his book Answering God: The Psalms as Tools for Prayer (1989), Eugene Peterson dedicates an entire chapter to the subject of enemies. He writes,

The Psalms are full of unsettling enemy talk. God is the primary subject in the Psalms, but enemies are established in solid second place. Why should this be?… Shouldn’t an overpowering sense of God’s presence, his power and salvation, shrink human difficulties into insignificance?… It is not unreasonable to suppose that the life of prayer will draw us into a genial camaraderie, so secure in God’s grace and confident in his beneficence that we are irresistibly carried along in the flow of the river of God, viewing everyone and everything with the cheeriest of feelings. But reason, at least reason inexperienced and untested in the life of prayer, isn’t the best guide in these matters. When we take the Psalms as our guide, we find that people who pray have a lot of enemies, and that they spend a lot of their praying time dealing with them.

Peterson then discusses Psalm 137, which he refers to as “The Scandal Psalm.” The context for the Psalm is Israel’s painful humiliation and exile, and the final stanza ends with a disturbingly graphic desire: “Happy is he who repays you for what you have done to us – he who seizes your infants and dashes them against the rocks” (verses 8,9). This is raw hatred. It’s so raw, in fact, that this stanza is repeatedly left out of hymnals, prayer books, and devotionals that feature the Psalms. But Peterson encourages us to learn to “pray who we actually are, not who we think we should be… The way of prayer is not to cover our unlovely emotions so that they will appear respectable, but expose them so that they can be enlisted in the work of the kingdom. ‘It is an act of profound faith to entrust one’s most precious hatreds to God, knowing they will be taken seriously.’” (quoting Walter Brueggemann, The Message of the Psalms, p. 77)

In its purest form, hatred is the appropriate response to unholy violation of our or other people’s being. But it’s so volatile and so dangerous that it must be dealt with directly in prayer. The problem with avoiding or ignoring the hate that bubbles up within us is that it doesn’t diminish with suppression. It merely goes subterranean and begins to undermine the foundations of our spirituality. Over time, it will merge with vengefulness and begin to resemble the evil that provoked it in the first place. Slander will beget slander. Violence will beget violence. Contempt will beget contempt.

On the other hand, if we pray our hatred, it becomes a potent weapon in the supernatural battle against evil. Peterson explains further (emphases mine):

Just as hurt is the usual human experience that brings us to our knees praying for help, provoking the realization that we need God, so hate is frequently the human experience that brings us to our feet praying for justice, catalyzing our concern for the terrible violations against life all around us. Hate is often the first sign we care… That does not mean that prayer legitimizes hate – it uses it. ‘Surely the wrath of men shall praise thee’ (Psalm 76:10). Neither is hurt good, but it wakes us to our need for help. Human hurt is not a very promising first step to the establishment of righteousness. Nevertheless, when prayed, they are steps, first steps, into the presence of God where we learn that he has ways of dealing with what we bring him that are both other and better than what we had in mind. But until we are in prayer, we are not teachable. It is better to pray badly than not to pray at all. A ship that is dead in the water can’t be steered…

The above clarification is important. In No More Cheeks to Turn?, Nigerian author Sunday Bobai Agang writes about how Nigerian preachers have often encouraged their congregants who have suffered terrible violence and terrorism at the hands of Boko Haram and others to use imprecatory Psalms to call down fire upon their enemies. But to do this, he says, is to misunderstand their true purpose. “It is too easy for us to forget that the imprecatory psalms are prayers and so slide into using them as a form of magic… These are human words to God, not God’s words to us… These are the prayers of troubled hearts appealing to God to intervene in circumstances that are beyond human control. They were never intended to be used like the incantations of traditional religions, which were thought to bring down a curse on one’s enemies.” (p.16)

Ultimately, the Psalms are meant to point us to Christ, who then models enemy love. Eugene Peterson again:

The last word on enemies is with Jesus, who captured the Psalms: ‘Love your enemies and pray for them that persecute you.’ But loving enemies presupposes that we know that they are there, whether many or few, and have begun to identify them. Enemies, especially for those who live by faith, are a fact of life. If we don’t know we have them or who they are, we live in a dangerous naïveté, unguarded from the ‘pestilence that stalks in darkness’ and ‘the destruction that wastes at noonday,’ witless when we pray, ‘deliver us from evil.’

Our hate is used by God to bring the enemies of life and salvation to notice, and then involve us in active compassion for the victims. Once involved we find that while hate provides the necessary spark for ignition, it is the wrong fuel for the engines of judgment; only love is adequate to sustain these passions.

But we must not imagine that loving and praying for our enemies in love is a strategy that will turn them into good friends. Love is the last thing that our enemies want from us and often acts as a goad to redoubled fury. Love requires vulnerability, forgiveness, and response; the enemies want power and control and dominion. The enemies that Jesus loved and prayed for killed him.”

Perhaps one of the greatest errors we make in the modern era is that we tweet and post our hatreds before we have adequately prayed them. We openly rage against the hate in the hearts of those who have hurt us or done wrong, in part because counterfeit religion has conditioned us against carrying our own hatred into the presence of the God first. He alone can transform and incorporate our hatred into his divine engine of justice. It is in prayer, not on Twitter or Facebook or Instagram, that God applies the burning coal to our lips (or these days, our fingertips) and commissions us for kingdom work in the world (Isaiah 6:5,6).

It’s important to notice that in the Lord’s Prayer, forgiveness follows the muscular work of praying our hatreds and seeking divine provision. “Your kingdom come, your will be done on earth as it is in heaven” precedes “Give us this day our daily bread.” Only then are we ready to arrive at “Forgive us our debts as we also have forgiven our debtors.”

I’ll close by pointing out that there is another side to the coin of un-prayed hatred. While it’s easy to see how it can devolve into contempt, violence, and vengeance, we should recognize its connection to one of its quieter but nonetheless broadly destructive fruits: apathy. So often, apathy is pain and hatred that has turned inward, wedded itself to pride, and morphed into a potent numbing agent. It can turn us into cold moralists who make detached assessments about others. Having failed to wrestle with the devastating effects of evil on our own souls, we deny that evil has happened or is happening to others: the prisoner, the refugee, the immigrant, the ethnic or religious minority, the impoverished, the rape victim. But the Psalms, Peterson points out, train us not to judge the dispossessed and dehumanized of the earth, but to grapple with evil. They train us to recognize the epidemic of suffering caused by evil — suffering that we have become conditioned not to recognize. They reawaken the hatred that has long been hibernating and teach our numbed hearts how to identify the proper enemy so that the hatred can then be “channel[ed] in effective ways, in covenantal shapes.”

Pray your hatreds. You’ll find that God is waiting to receive them, that He takes them quite seriously.

Like Loading...
‹ Easter: Hope for Those Struggling in the Shadow of Crucifixion
Guilt and Shame: Roadblocks and Catalysts in Racial Bridge Building ›