Home › Culture/Social issues › A Sermon on MLK Weekend: The Injustices of Earth and the Resources of Heaven

A Sermon on MLK Weekend: The Injustices of Earth and the Resources of Heaven

This was so good, I had to share.  My favorite paragraph (the one that transitions the focus from anger to hope):

Most of you know my oldest son and you know that, like his younger son, he is adopted. You may not know that my son can trace his ethnicity through Filipino people, Puerto Rican people, and, especially, African American people. 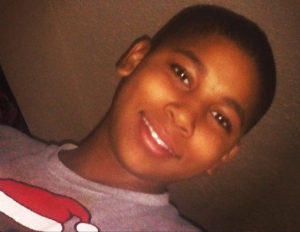 My son is five years old. This means that in seven years he will be twelve years old, the same age Tamir Rice was when two Cleveland police pulled up to check out this “young black male” while he played with a toy gun a friend had recently lent him.

In seven years he will be the same age Tamir was when he was confronted by a white police officer had been deemed emotionally unstable and unfit to serve in his previous policing job.

In seven years he will be as old as Tamir who had exactly two seconds before that emotionally unstable, police officer pulled his gun…