I saw this tweet this morning and thought, “This is why citing articles to prove a point has little effect on anyone who’s not already convinced of the point we’re trying to make.”

I scan through my social media feeds every day and watch people throw articles and arguments around like grenades (I have no stones to throw – I’ve done the same thing in moments and even seasons of self-regulation failure) and rarely see a skeptic converted. General confidence about the reliability of news sources and the narratives they put out is in the toilet (except for the pieces that affirm the narratives we embrace). As a result, we get stuck confirming our own beliefs and refusing to entertain narratives that invite us to think and believe differently. The more noise there is, the more forcefully the arguments are made, the harder people seem get. I don’t think it’s a sign of degeneracy as much as a reflection of our psychic limitations. The image that comes to mind is a pill bug rolling up into a ball when it feels threatened. 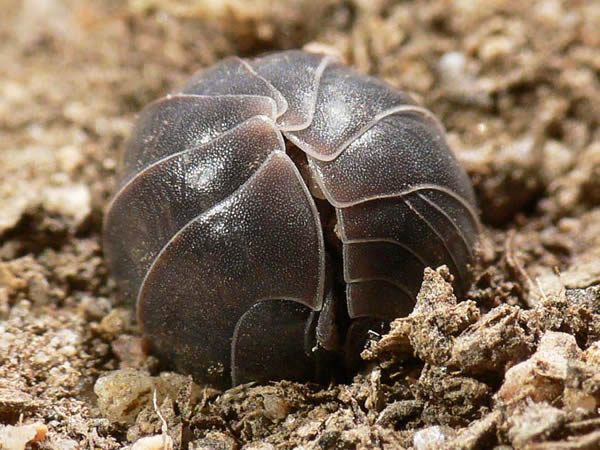 In 1985, Neil Postman wrote Amusing Ourselves to Death: Public Discourse in the Age of Show Business. I read the 20th anniversary edition in 2007, a year before I got on Facebook. The other day, I suddenly remembered it and pulled it off my bookshelf. Postman’s thesis centered on the effects of television, but I think his observations are all the more relevant now in the age of social media.

“What is happening here is that television is altering the meaning of ‘being informed’ by creating a species of information that might properly be called disinformation. I am using this word almost in the precise sense in which it is used by spies in the CIA or KGB. Disinformation does not mean false information. It means misleading information–misplaced, irrelevant, fragmented or superficial information–information that creates the illusion of knowing something but which in fact leads one away from knowing. In saying this, I do not mean to imply that television news deliberately aims to deprive Americans of a coherent, contextual understanding of their world. I mean to say that when news is packaged as entertainment, that is the inevitable result.”

And when news is packaged in sound bites for quick delivery, consumption, and re-circulation, the inevitable result is much worse. Add propaganda in the form of fake news on top of all that, and it’s a virtual sewer.

I’ve been trying to assess the ways my own brain, habits, reflexes, emotional life, and character have been shaped by the age of disinformation. I believe the effects have been significant. So I’ve started to interrogate every tweet and retweet, every post, every share, and every status update with Postman’s admonitions in mind. Am I contributing to or spreading more decontextualized and fragmented information? Am I getting swept up in the spirit of the age, which deceives me into thinking that rhetorical middle fingers, sound bite activism, public quarrels, and sitting in the seat of mockers are a form of prophetic engagement? Because if I am, then my voice will simply be part of a chaotic choir whose conductor is the prince of the power of the air. I prefer not to cooperate with him if I can help it.

We can only do better if we become aware of what we’re actually doing. And that requires slowing down and being silent or at least slow to speak on our media platforms (James 1:19). Since the act of spreading disinformation is often driven by our emotions, it means confining the processing of our emotions – particularly rage, anxiety, grief, disgust, and discontent – to the company of trusted friends and the Holy Spirit until we are quiet and still enough to hear the things God wants to whisper to us. When Elijah the Prophet was in deep despair over the widespread injustice he had experienced and witnessed, he looked for God in the great and powerful wind, then in the earthquake, and then in the fire; but the Lord was not in any of them. Instead, God’s voice spoke to him in the form of a still, small voice. He asked Elijah, “What are you doing here? Go back the way you came.” (1 Kings 19:11-13)

This is and has always been God’s antidote to the spirit of the age, including the age of disinformation. Unless we take it, we’ll be severely limited in our ability to act as ambassadors of reconciliation, bearers of good news (εὐαγγέλιον, or euaggelion), or agents of healing and redemptive justice in this world. We’ll end up blending into the fake news machinery.

Like Loading...
‹ When Freedom and Oppression of Ethnic Minorities Are Matters of Political Expediency
Reimagining Racial Bridge Building in the Age of Social Media ›